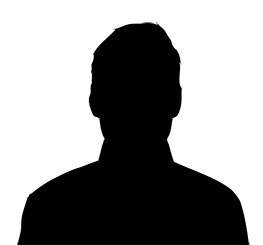 Daniel J. Goulette was part-time Magistrate from 1996 to 2016 at the 41B District Court in Clinton Township, Michigan, serving the communities of Clinton Township, Harrison Township and Mount Clemens.  While part-time as Magistrate, he also maintained his private practice. He has had the unique experience of sitting as a Magistrate, acting as a criminal defense attorney, and doing criminal prosecutions all in the same day.

Mr. Goulette was appointed full-time Magistrate of the 41B District Court in January of 2016 and served the community until his retirement in March of 2018. Upon his retirement as Magistrate, he joined Michigan Justice, PLLC.

Daniel J. Goulette serves the firm in an “Of-Counsel” capacity, bringing with him 28 years of varied and exceptional legal knowledge as an attorney.

Mr. Goulette graduated from Mt. Clemens High School in 1976. He received his undergraduate degree in Political Science from Oakland University in May of 1986 and earned his Juris Doctor in May of 1990 from the University of Detroit School of Law. While in law school, Mr. Goulette clerked in the Macomb County Probate Court.